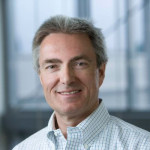 Before Martin joined Creandum as a General Partner in 2004, he was the co-founder of several companies in Scandinavia. His latest startups were Interaction Design (Norway) in 1997 (acquired by Adcore 1999) and Creuna www.creuna.com (Denmark) in 2001, which he in an MBO, successfully exited in 2004 after joining Creandum.

He has been the CEO of different companies for more than 15 years and holds a M.Sc from NTH-NTNU in Trondheim with law studies at the University of Copenhagen and business studies from IMD in Lausanne and Stanford GSB in Silicon Valley.

Privately, Martin is a co-founder and the chairman of a family business running hotels and restaurants in Norway.

In Creandum Martin has been on the board of Jays AB (IPO on First North), Nanoradio AB (Acquired by Samsung) and Iptronics A/S (Acquired by Mellanox).

Patrick Vernon2016-02-16T12:59:47-05:002016 Europe North (Copenhagen), Judge|
Page load link
Manage Cookie Consent
To provide the best experiences, we use technologies like cookies to store and/or access device information. Consenting to these technologies will allow us to process data such as browsing behavior or unique IDs on this site. Not consenting or withdrawing consent, may adversely affect certain features and functions.
Manage options Manage services Manage vendors Read more about these purposes
View preferences
{title} {title} {title}