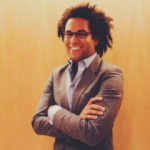 Peter is an Associate at General Catalyst Partners, where he focuses on investments in early-stage technology businesses. His areas of special interest include financial services, enterprise IT, consumer services and new media. He is based in the firm’s Cambridge office.

Before joining GC, Peter was the Co-Founder of Rough Draft Ventures, a student partnership, co-founded by General Catalyst, investing at the earliest stage in student startups, to help them in their journey from rough drafts to products in markets. Peter also co-founded Harvard College Venture Partners and HackHarvard. Previously, Peter worked for Skillshare Company, managing Skillshare’s business partnerships and operations and managing the company’s Boston expansion. Prior to Skillshare, Peter was the Co-Founder and CTO of GoGirl Finance, a web site aimed at empowering women through shared resources, stories and expertise across topics from family life to financial literacy. Peter also spent time as an analyst at Bad Boy Entertainment, where he worked on marketing & technology partnerships.

Peter is a graduate of Harvard University, earning a B.A. in Applied Mathematics and a Secondary in Computer Science.

Patrick Vernon2015-01-21T12:57:57-05:002015, Judge|
Page load link
Manage Cookie Consent
To provide the best experiences, we use technologies like cookies to store and/or access device information. Consenting to these technologies will allow us to process data such as browsing behavior or unique IDs on this site. Not consenting or withdrawing consent, may adversely affect certain features and functions.
Manage options Manage services Manage vendors Read more about these purposes
View preferences
{title} {title} {title}