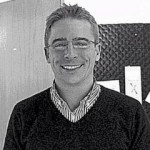 Prior to Penny Black, Eliot founded Templates.com, an online software retailer that was acquired 2002. He subsequently worked at the Permal Group, a multi-billion dollar global fund of hedge funds (acquired by Legg Mason in 2006).

Eliot is a graduate of Georgetown University with post-graduate study at Columbia University. He enjoys surfing and lives in NYC