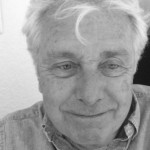 Between 1982 and 2007 Toon was involved in 4 venture capital companies. He was one of the co founders of Atlas Venture as well as p3 technology partners, a managing director of Holland Venture and soon after he immigrated to Canada he joined GrowthWorks Atlantic as a VP Investments.

In those 25 years he invested in companies in Europe, North America and Israel, from early stage technology to later stage as well as buy-out and buy-in, technology and non-technology alike. As an executive board member of the European Venture Capital Association, he was responsible for events and training courses. He was a guest lecturer at several universities and presented in many courses and venture capital events. He also wrote the chapter,”Venture Management, Post Investment Policies”, in the European Venture Capital Handbook published by Financial Times/Prentice Hall.

“Entrepreneurs and Investors as well as other parties financially involved in a startup, take off on their combined journey using this mutually accepted set of references. This can be a business plan, a pitch deck a three pager or a cash flow projection. Or at least, that is what they think. Whatever it was, these documents very often start to live a life of their own and become the source of misunderstanding and frustration.”

“Business plans and pitch decks are rarely written or created to function as a set of reference for future planning and discussion. They are basically sales documents, aimed at attracting financing.”

“I have always looked for a way how to create the living document that a business plan was supposed to be. A document that is both the guide and the communication platform during the journey that entrepreneurs, investors and financiers endeavour together.”

“In my work assisting companies to prepare for growth and financing, I started using a one pager that would cover value proposition, market, positioning, execution and pain, the main elements of a business case. Although it worked for my own analysis, it was basically worthless as a foundation for cooperation. I needed something the entrepreneurs, my clients, and I could work from together. That became PhaseMap”.

Once PhaseMap took shape, I knew that it would be the living document, I had always aspired to have.”