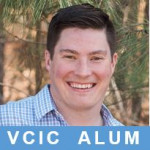 Tim, a native of the triangle area, was a co-founder of Prime Time Hockey Southeast where he served as President for 7 years. In addition to his own business, Tim has served as an adviser to several early stage software companies.

He has since been heavily involved in North Carolina’s entrepreneurial ecosystem as a Young Entrepreneur in Residence for NC IDEA and Idea Fund Partners in 2015.

Tim holds a B.A. from Harvard University in Psychology and an M.B.A. from UNC Kenan-Flagler.