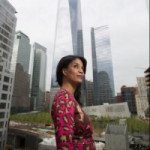 Tiffany Norwood is a successful serial entrepreneur, former investment banker, accomplished painter, a patented inventor and a competitive athlete. Ms. Norwood is one of the pioneers of digital satellite radio; responsible for a Series A raise of nearly one billion dollars to launch WorldSpace/XM Radio; as well as, an early investor and collaborator in MPEG technology, later to be known as MP3 and MP4. Prior to WordlSpace she traded equity, derivative and fixed income securities at Morgan Stanley. She was also, an early player in the broadband industry as the Head of European Operations for Time Warner’s Road Runner.; and as a co-founder and EVP of Product of Next Generation Broadband, a high tech company that created technology to enable self-install of high speed data and digital phone services. Since she was a kid, Tiffany would imagine, build and grow businesses; a passion that still claims her today.

Currently, Tiffany is Founder and CEO of Tribetan. A start-up developing a universal platform for collaborative intelligence, with the vision of enabling millions of minds to create, invent, innovate or problem solve…as one. She was also recently appointed an Entrepreneur-in-Residence at Georgetown University and is often a lecturer, speaker or panelist on entrepreneurship, leadership and global business at a variety of venues including Cornell University, Harvard Business School, the United Nations, the World Bank, the ITU, The TakeAway and others.

Ms. Norwood has more than twenty years of international business experience, spanning several countries, including: England, Germany, Spain, Ireland, Belgium, Switzerland, South Africa, Singapore, The Netherlands and others. During her time as Head of International Business Development for WorldSpace she built and managed a team that covered seven countries and five continents that was responsible for content strategy and acquisition, product development, the satellite build, partner technologies, lobbying for the ITU’s global allocation of bandwidth; as well as, facilitating partnerships for new receivers and compression technologies.

An active social entrepreneur, Ms. Norwood was a co-founder of NetworkE, a non-profit that opened an add-on clinic in Addis Ababa that provided OB/GYN and pediatric services to more than 4,000 low-income women and children; as well as built a healthcare facility in Dukem, that still continues to treat many more. She has also spent time in Israel and Palestine, evaluating investment opportunities for The Telos Group and The Aspen Institute.

Ms. Norwood has a Masters in Business Administration from Harvard University and a Bachelor’s in Economics with a concentration in statistics and electrical engineering from Cornell University. Tiffany has lived, worked and visited more than 45 countries; she is fluent in Italian, gets by in French and has moments with Spanish, Japanese and others. A lifelong athlete, she rowed varsity crew at Cornell and is currently a member of the US Yoga Federation. In 2013, she won the bronze medal in the Mid-Atlantic regionals for Washington, DC. Her other interests include enlightenment, the future, painting, spicy food, make my cake and language acquisition.

Patrick Vernon2016-01-19T13:51:57-05:002016 Mid-Atlantic (Georgetown), Judge|
Page load link
Manage Cookie Consent
To provide the best experiences, we use technologies like cookies to store and/or access device information. Consenting to these technologies will allow us to process data such as browsing behavior or unique IDs on this site. Not consenting or withdrawing consent, may adversely affect certain features and functions.
Manage options Manage services Manage vendors Read more about these purposes
View preferences
{title} {title} {title}