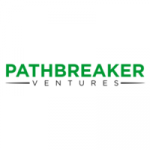 VCIC Champ goes on to raise his own fund.

After his experience winning the Global Finals with his Chicago Booth team in 2010, Ryan Gembala went on to become an early stage investor at Azure Capital Partners in San Francisco. He then became a deal lead on Facebook’s corporate development team. After almost five years with Azure and Facebook, Ryan raised his own pre-seed venture firm, Pathbreaker Ventures, based in San Francisco. When asked to discuss his experience Ryan said, 'VCIC brought academic venture capital experience to life in a quantifiable way. The judges and alumni I met through the competition have since become mentors, friends, and co-investors. It's a high-powered network of great people and a highlight of my business school experience.'

Prior to starting Pathbreaker, Ryan was a deal lead on the corporate development team at Facebook where he worked with product and engineering teams to landscape technology ecosystems and execute acquisitions in pursuit of Facebook’s mission. Acquisitions worked on include Oculus, PrivateCore, LiveRail, Teehan Lax, and NimbleVR. Emerging areas of technology were his focus, including AI/ML, deep learning, computer vision, virtual reality, applied hardware, and infrastructure technologies across security, video, messaging, and product design.

Prior to Facebook, Ryan worked in both an investing and operating roles at Azure Capital, an early stage venture capital firm with $750 million under management. In addition to series A & B investing, he worked within portfolio companies as VP of Business Development & Partnerships at Telly, the video discovery & content network, and at Convercent, the SAAS leader in employee governance, risk, and compliance.

Ryan is the co-founder of H.E.R.O. for Children, the first non-profit focused on quality of life care for children affected by HIV/AIDS. Ryan built HERO to $1 million in revenue and 2,000 volunteers. In 2019, HERO celebrated its 16th Anniversary, and Ryan continues to serve on the Board.

Ryan earned his M.B.A. from the University of Chicago Booth School of Business where he focused on finance, entrepreneurship, and early stage technology investing. While in business school, he and his team won the International Venture Capital Investment Competition (VCIC) out of 56 MBA programs.