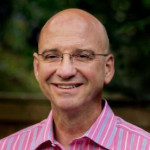 Pascal Luck joined Core Capital in 2000 and focuses primarily on the firm’s new media, networking infrastructure and information technology sectors. Pascal has been an advisor to and an investor in emerging technology companies as an investment banker and venture capitalist for more than seventeen years. Prior to joining Core, Pascal was Managing Director and Founder of Cross Hill Financial Group, a DC-based private investment banking/M&A advisory firm. Earlier, he was a Senior Manager with Deloitte Consulting where he specialized in finance and strategy initiatives for product and service companies in the telecommunications and information technology industries. He began his career as a systems engineer with AT&T-IS/Bell Laboratories. Pascal is a Chartered Financial Analyst and holds an M.B.A. in Finance with Distinction from the Wharton School of the University of Pennsylvania, a Masters of Electrical Engineering from the University of Maryland, and a B.S. in Physics/Engineering from Loyola University in Maryland.

Patrick Vernon2012-10-28T14:00:56-04:002012 Global Finals, Judge|
Page load link
Manage Cookie Consent
To provide the best experiences, we use technologies like cookies to store and/or access device information. Consenting to these technologies will allow us to process data such as browsing behavior or unique IDs on this site. Not consenting or withdrawing consent, may adversely affect certain features and functions.
Manage options Manage services Manage vendors Read more about these purposes
View preferences
{title} {title} {title}