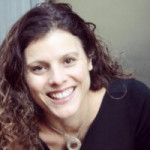 Nicole has entrepreneurship in her blood. As a second generation American, with both her father and grandfather starting companies, she learned at a young age that being an entrepreneur means being in charge of your own destiny. She got her entrepreneurial start in the 4th grade, orchestrating cousins into theatrical plays and charging neighbors admission. Since 2002, she’s been mentoring and funding early-stage web software companies. Most recently, Nicole is a Partner and Chief Product Officer at Techstars, a global ecosystem for entrepreneurs based out of Boulder, Colorado. She’s been with Techstars since it’s early days in 2009, has run 8 programs and has close to 90 companies in her portfolio. She helps spin up new programs, train new managing directors, and is always on the lookout for companies that are a great fit for the Techstars Venture Fund. She’s on the Board of Directors for SimpleEnergy, Owlet, and the Entrepreneur’s Foundation of Colorado. She was named one of the “Coolest People in New York Tech” and an Extraordinary Woman in New York Tech by Business Insider, Marie Claire named her one of the “NewGuard”, and Entrepreneur Magazine named her One of the Most 7 Powerful Women to Watch. You can see her at various speaking engagements like SXSW.

Nicole graduated with her Master’s Degree in Sport Psychology from the University of Florida and has learned that the same principles of sport apply to startups. She is married to the love of her life and has 2 young children under 5 who keep her honest, humble, and acutely aware of how short and precious life is.

When not thinking about startups or her family, you’ll find Nicole on her bike, on a trail, or on the slopes, hanging with her big fat greek family, traveling, or generally making a fool of herself to entertain others.