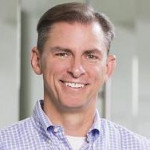 Before co-founding TrueBridge Capital, Mr. Williams was a founding member of the UNC Management Company which manages the endowment of the University of North Carolina at Chapel Hill and various other North Carolina-based institutions. At UNCMC, Mr. Williams was a vice president in charge of portfolio management for several portfolios, including the firm’s venture capital, private equity, real estate, energy and natural resources, and distressed debt portfolios.

Prior to his career at UNCMC, Mr. Williams spent several years in the private equity industry as a successful two-time ventured-backed entrepreneur and an entrepreneur-in-residence at Commonwealth Capital Ventures in Boston. Mr. Williams received his MBA from Harvard after receiving his BA in Economics with Honors from the University of North Carolina at Chapel Hill.

In October 2012 Mr. Williams was named an honorary Kauffman Fellow by the Center for Venture Education, in appreciation of TrueBridge’s contribution and commitment to the Kauffman Fellows Program.