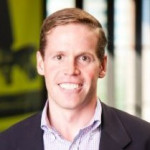 Matt joined the Ascent team in 2002 to continue his work with innovative early stage enterprise IT companies. Matt loves seeing common problems solved using new technology and was attracted to venture capital because it enables him to work closely with management teams over a longer time frame, developing strong relationships. Over the last decade at Ascent, Matt has focused on investments in data analytics (Interactive Supercomputing – acquired by Microsoft and Cymfony – acquired by TNS), cloud business services (HubCast, StrikeIron – acquired by Informatica) and security (Fidelis – acquired by General Dynamics, and PerspecSys).

Matt has worked with emerging technology companies since 1996. He started his career at Alex Brown & Sons, where he helped execute both equity and M&A transactions, working with companies such as BBN, CIENA, DSET, RSA Security and SwitchBoard.com. He then moved to Norwest Venture Partners, where he worked on venture investments such as Broadband Access Systems (acquired by ADC Telecom), Gold Wire Technology (acquired by Intelliden), and COSpace (acquired by InterNAP).

Matt was a double major in computer science and economics at Yale University and has been a self-described “geek for a long time.” He found computer programming to be addictive but realized the business side of the tech world was more his strength and earned an MBA from the Tuck School of Business at Dartmouth (Tuck Scholar).

Matt is a natural competitor. He ran his first marathon in college, has completed the Boston Marathon 10 times, and competes as an ‘age-grouper’ in numerous triathlons including an number of Ironman events. He is also an avid skier, a pilot and a father of four who are the frequent target of his interest in photography. Matt is passionate about education, particularly science and engineering, believing it is the key to solving many of the world’s problems. Matt is a member of the board of overseers at the Museum of Science and volunteers for KIPP Massachusetts and for the Sarah Greenwood School in Dorchester. He and his family live north of Boston.