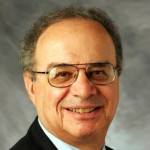 Dr. Sumner is VP, Worldwide Scientific Affairs at Ethicon Endo-Surgery. He has held this position since joining EES in October 2004, and is also a member of the U.S. Board of the Company. Prior to joining EES, Ken was Vice President, Regulatory Affairs and Quality Assurance for Eunoe, Inc., a medical device start-up company in California. He has led various regulatory and clinical organizations in the medical device industry including those at Zimmer, C.R. Bard, and Nellcor Puritan Bennett, as well as at several start-up companies including Cytyc, Inc. Early in his career he was an associate professor of chemistry at Bridgewater State College in Massachusetts. Ken holds a B.S. in Chemistry from Union College, Schenectady, NY and a Ph.D. in Biochemistry from the State University of New York, Upstate Medical Center in Syracuse. Ken also completed post-graduate work at the University of Chicago.
Patrick Vernon2013-10-12T14:02:16-04:002011 Global Finals, 2012 Global Finals, 2013 Global Finals, Judge|
Page load link
Manage Cookie Consent
To provide the best experiences, we use technologies like cookies to store and/or access device information. Consenting to these technologies will allow us to process data such as browsing behavior or unique IDs on this site. Not consenting or withdrawing consent, may adversely affect certain features and functions.
Manage options Manage services Manage vendors Read more about these purposes
View preferences
{title} {title} {title}