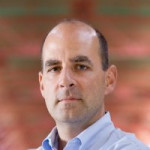 John’s passion for building and growing companies began 22 years ago during his days as an engineer for a startup in Oakland, California. As the fourth employee, it was as clear to him then as it is now that it is all about the team. The guiding principle of team has stayed with him throughout his career – first on the programming team in California, as an engineer for Bechtel Power in San Francisco, building the management team at his own company and then ultimately as a venture investor. John holds a BS degree in Mechanical Engineering from U.C. Berkeley, a BA degree in Economics from U.C. Santa Cruz and an MBA from Harvard Business School.
Patrick Vernon2016-10-12T11:15:56-04:002006 Global Finals, 2007 Global Finals, 2008 Global Finals, 2009 Global Finals, 2010 Global Finals, 2011 Global Finals, 2012 Global Finals, 2013 Global Finals, 2014 Global Finals (UNC), 2014 Silicon Valley, 2015 Global Finals (UNC), Judge, Silicon Valley (UNC)|
Page load link
Manage Cookie Consent
To provide the best experiences, we use technologies like cookies to store and/or access device information. Consenting to these technologies will allow us to process data such as browsing behavior or unique IDs on this site. Not consenting or withdrawing consent, may adversely affect certain features and functions.
Manage options Manage services Manage vendors Read more about these purposes
View preferences
{title} {title} {title}