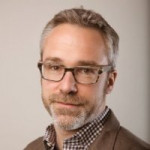 Jason has over 15 years of experience in the venture capital and technology industries in a multitude of investing, operational and engineering roles. Prior to co-founding Foundry Group, Jason was a Managing Director and General Counsel for Mobius Venture Capital, where he also acted as its chief administrative partner overseeing all operations of the firm.

During his venture career Jason has been actively involved in serving on boards of portfolio companies and the negotiations and structuring of financings, mergers and exits in the portfolio.

Prior to his involvement with Mobius Venture Capital, Jason was an attorney with Cooley LLP, where he practiced corporate and securities law with an emphasis on representation of emerging companies in private and public financings, mergers and acquisitions. As an attorney, Jason has consummated over $2 billion of venture capital investments, $5 billion in mergers and has extensive experience in fund formation, employment law and general litigation, serving as an expert witness in these related fields.

Before his legal career, Jason was a senior consultant and software engineer at Accenture where he focused on financial institution re-engineering engagements. While at Accenture, Jason supervised programming teams up to forty people in size and was responsible for managing deliverables in multi-billion dollar engagements.

As one of the first full-time, in-house general counsels at a venture capital firm, Jason has been on the forefront of thought leadership and has co-chaired the National Venture Capital Association’s General Counsel group and has been an active participant on the NVCA’s Chief Financial Officer group. He was one of the key draftspersons for the NVCA model document task force which created the industry’s first set of standardized venture capital financing documents, which has greatly aided in the efficiency of completing these types of deals. He served on the board of the NVCA, including as an executive board member, from 2009-2013.

Jason holds a Bachelor of Arts degree in Economics, with distinction and a Juris Doctorate, cum laude, from the University of Michigan. Jason is an executive board member at NVCA. He is an active musician playing drums and bass guitar in several bands (including Soul Patch and Legitimate Front with his partner Ryan McIntyre) and enjoys home remodeling and travel. Jason was chosen as one of Denver’s 40 under 40. in business in 2009. Jason blogs about his experiences in the venture industry on his blog Mendelson’s Musings and www.askthevc.com and co-authored the best selling book Venture Deals – be smarter than your lawyer and your venture capitalist.