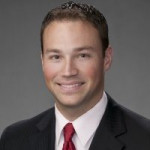 Dustin Hollas is a Vice President with Clovis Point Capital. Clovis Point is a private equity firm based in Houston, TX that pursues investments in lower-middle market enterprise software and technology-enabled companies.

Prior to Clovis Point, Dustin was with Comerica Bank’s Technology and Life Sciences group where he specialized in providing customized venture debt lending, treasury and investment solutions to early, middle and late-stage companies. With more than 15 years of experience in the financial services industry, he has assisted companies ranging from startups raising their initial seed funding to late-stage public companies. Before joining Comerica, he was a Commercial Banker at J.P. Morgan Chase where he was a 4-time National Achiever recipient which is awarded to the top bankers in the Country each year. He has previously earned his formal credit certification through the American Bankers Association as well his Series 6, Series 63 and Group 1 investment and insurance licenses.

Dustin earned his B.S. degree in Economics from Texas A&M University. Along with being an active member of the community, Dustin also serves on the Rice Alliance for Technology and Entrepreneurship Advisory Board. In his spare time, he is an avid outdoorsman and enjoys spending time with his wife and 3 children.

Patrick Vernon2021-02-10T12:16:25-05:002018 MBA South, Judge|
Page load link
Manage Cookie Consent
To provide the best experiences, we use technologies like cookies to store and/or access device information. Consenting to these technologies will allow us to process data such as browsing behavior or unique IDs on this site. Not consenting or withdrawing consent, may adversely affect certain features and functions.
Manage options Manage services Manage vendors Read more about these purposes
View preferences
{title} {title} {title}