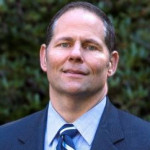 Donald Nelson is a co-founder and Managing Director of Harken Capital. Previously, Don founded NelCap Advisers in 2007, and spent nearly a decade with SV Life Sciences. He initially served as an investment professional and CFO, and was then promoted to Head of Fundraising and Fund Strategy. Don was responsible for raising SV Life Sciences Funds III and IV, which constitute nearly $1.0 billion of the $1.6 billion of private capital under management by SV Life Sciences. Don has spoken on fundraising and firm building topics at the US Canada Technology Business Forum, the Private Equity Fund Formation and Management conference, and is a judge and member of the board of advisors for the Venture Capital Investment Competition. Don spent the early part of his career with Ernst & Young LLP, where he provided services to entrepreneurial, venture capital and private equity backed companies. Don graduated with an MBA from the Carroll Graduate School of Management at Boston College and is a Certified Public Accountant. His undergraduate studies were at The United States Naval Academy and The American University (Bachelor of Science, Finance). Don holds the Series 24, 63 and 82 registrations.