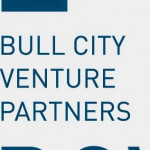 David is actively involved with StepLeader Digital. David was also active with ArtusLabs (acquired by PerkinElmer), AVIcode (acquired by Microsoft) and BrightContext (acquired by WealthEngine).

Prior to co-founding BCVP, David was (and continues to be) a partner with Southern Capitol Ventures. David was with the Deloitte Consulting practice in Washington, DC where he managed strategic technology projects for the newly formed Department of Homeland Security.

David’s background in technology stems from the military where he served as a Naval Aviator flying over 1900 hours in the P-3C Orion. During his last tour he served as an Assistant Professor at the University of Virginia teaching Engineering and Leadership courses. David served as the Weapons and Operations Officer during two deployments to the Mediterranean theater and North Atlantic and led a Naval Intelligence special projects crew testing cutting-edge technologies for acoustic and non-acoustic sensors and combat mission hardware and software.

David lives in Chapel Hill, North Carolina with his wife and three daughters. Enjoys running and soccer. He received his BS in Electrical Engineering from the US Naval Academy, his MS in Management Information Systems (MIS) from the University of Virginia and his MBA from UNC Chapel Hill.