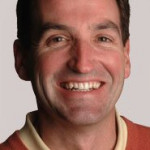 Dave McLean, a general partner, joined Sevin Rosen Funds in 2004. He has 22 years of operating experience with technology companies in marketing, engineering and business- development roles. Currently Dave focuses on deals in Web-based, information services, including the ?consumerization? of the enterprise, as well as in novel M2M technologies associated with the ?the Internet of things?. He also pursues investments in neurotechnology, focusing on devices and diagnostics to accelerate treatments and cures for brain and nervous-system diseases.

Before joining Sevin Rosen, Dave was CEO of two companies in the firm?s portfolio. Most recently he was as CEO of Cicada Semiconductor, where he was recruited in 2002 to take the company to the next stage. He oversaw Cicada?s rapid growth phase and was instrumental in the company?s sale to Vitesse Semiconductor two years later. Prior to Cicada, Dave was the president and CEO of Applied WDM, a planar-optics company.

Before that he worked as the director of communications products at IBM Microelectronics, a new IBM business unit that developed digital-signal, processor-based products for enterprise communications and storage systems. Dave also held a variety of management positions in other IBM units.

His experiences span both established companies and startups such as Pliant Systems, Applied WDM and Cicada Semiconductor. It?s this extensive operational experience that Dave uses to guide SRF portfolio companies to success. ?Building teams, developing strategy, executing to plan, turning around difficult situations?it?s all very exciting to me,? Dave explains. ?Making the transition from an SRF CEO to General Partner is a tremendous opportunity to apply what I?ve learned to build enterprise value in many projects at the same time.?