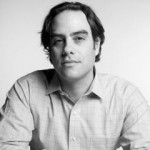 Dan Primack joined Fortune.com in September 2010 to cover deals and dealmakers, from Wall Street to Sand Hill Road. Previously, Dan was an editor-at-large with Thomson Reuters, where he launched both peHUB.com and the peHUB Wire email service, a daily email newsletter with more than 50,000 subscribers. He has given keynote addresses at events hosted by organizations that include Merrill Lynch, Pricewaterhouse Coopers and the National Venture Capital Association. He also appears regularly on CNBC and other television networks. Prior to hitting the private equity beat in 2000, Primack covered private debt for Private Placement Letter and served as Editor and Cofounder of The ‘Bury, a Roxbury, Mass.-based newspaper catering to teenagers and young adults. Primack is a graduate of Haverford College, with a degree in political science.