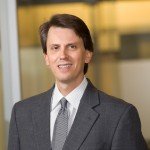 Since 1995, Clay has co-founded six companies and raised four funds with Hatteras Venture Partners. Clay was the lead investor and led the strategic transaction process for ArtusLabs that resulted in its sale to PerkinElmer in 2011. He was a co-founder and served as CEO and Chairman of Synthematix, Inc., a chemistry informatics company that was acquired in April 2005 by Symyx Technologies (SMMX). Clay is a co-founder and former Chairman of PhaseBio Pharmaceuticals, Inc. He was the co-founder and head of corporate development for Novalon Pharmaceutical Corporation, where he led financing efforts and was head of business development from inception until Novalon’s sale to Karo Bio for $106.7 million in May of 2000. Prior to Novalon, Clay was the co-founder and president of Xanthon, Inc., a bioinformatics company with electro-chemical detection technology for direct analysis of DNA, RNA and proteins. Clay currently serves on the boards of PhaseBio, GeneCentric, the Device Innovation Group (DIG), and Clearside Biomedical. He holds a Masters of Public Policy from Harvard University and a B.A. in mathematics and history from the University of North Carolina at Chapel Hill.

Patrick Vernon2012-10-28T14:05:41-04:002012 Global Finals, Judge|
Page load link
Manage Cookie Consent
To provide the best experiences, we use technologies like cookies to store and/or access device information. Consenting to these technologies will allow us to process data such as browsing behavior or unique IDs on this site. Not consenting or withdrawing consent, may adversely affect certain features and functions.
Manage options Manage services Manage vendors Read more about these purposes
View preferences
{title} {title} {title}