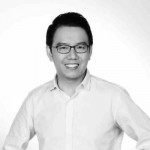 Christopher Chen has been in the technology sector for more than 18 years. He has held senior roles in both government and commercial sectors, based in Singapore, South Korea and the United States. Passionate about technology and people, Christopher’s leadership has always focused on balancing innovation and structure to create an environment where people can create value for customers. With experience in leading large organisations, Christopher has helped internal and external partners address rapid growth, turn around and start up situations.
Christopher is currently the Director for investments at Majuven, an early growth stage venture capital fund. Previously, he was responsible for IBM and British Telcomms’ cybersecurity channel business performance in Asia Pacific, Middle East and South Africa, where he built strategic alignment and field engagement with market pre-eminent technology partners to drive business growth.
Christopher also served in the public sector at the telecommunications industry regulator, the Infocomm Development Authority (IDA), where he was responsible for the revenue and investment growth of Singapore-based infocomm enterprises, spanning multi-nationals to fast growth startups. He drove the iBest start up grant initiative to invest in global technology startups during the Lehman crisis and served on SPRING’s evaluation panel for the Technology Enterprise Commercialisation Scheme (TECS) which invests in early stage startups. Prior to IDA, Christopher was the Commercial attaché and South Korea Country Director for the Singapore Trade Development Board, and concurrently served as an advisor to the South Korean municipal government Free Economic Zones to build market entry and investment partnerships between Singapore and South Korean enterprises.
Christopher built the earlier part of his career in technology where he served in various roles from research and development to operations at Hewlett Packard San Diego and the Defence Science Technology Agency.
Christopher is a passionate, energetic and collaborative technology leader. He holds a Bachelor Degree in Mechanical Engineering from the University of Singapore.

Patrick Vernon2016-03-02T11:32:27-05:002016 Southeast Asia (NTU), Judge|
Page load link
Manage Cookie Consent
To provide the best experiences, we use technologies like cookies to store and/or access device information. Consenting to these technologies will allow us to process data such as browsing behavior or unique IDs on this site. Not consenting or withdrawing consent, may adversely affect certain features and functions.
Manage options Manage services Manage vendors Read more about these purposes
View preferences
{title} {title} {title}