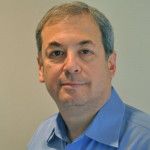 Bret is a Managing General Partner at MK Capital. He is also the Managing General Partner on three of the Productivity Funds totaling $200 million in committed capital. Bret has been a decision-making partner in six other fully invested funds, representing over $300 million in committed capital. Prior to founding MK Capital, he was the co-Founder of First Analysis’ venture capital practice in 1985. Bret’s areas of expertise include outsourced business services, telecom and internet infrastructure, and energy and power infrastructure. Bret is a graduate of The McCormick School of Engineering at Northwestern University and Kellogg’s Graduate School of Management. He has served as the Chairman of the Illinois Venture Capital Association, and is a director on the board of Mount Sinai Hospital and on the finance committee of the Jewish United Fund. He is also Certified Financial Analyst.

Patrick Vernon2010-09-28T13:45:21-04:002010 Global Finals, Judge|
Page load link
Manage Cookie Consent
To provide the best experiences, we use technologies like cookies to store and/or access device information. Consenting to these technologies will allow us to process data such as browsing behavior or unique IDs on this site. Not consenting or withdrawing consent, may adversely affect certain features and functions.
Manage options Manage services Manage vendors Read more about these purposes
View preferences
{title} {title} {title}