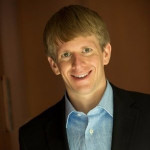 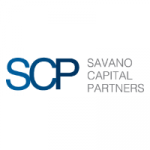 Bion has been active with startup companies and an entrepreneur since founding his first venture in 2002. While in college, Bion founded numerous companies as well as an undergraduate entrepreneurial club. Through these ventures, he gained experience working with growth companies and entrepreneurial finance. The last of his companies grew to be one of the top 800 sites on the Internet and was acquired in late 2006.

Prior to co-founding Savano, Bion worked with Tom and Gus at SmithDefieux Capital Partners. Before teaming with Gus and Tom at SmithDefieux, he was with GE Capital’s finance assurance arm, Genworth Financial, as a member of their Financial Management Program.

Bion is a published author and his book about his last startup company sold over 25,000 copies worldwide. Outside of Savano, Bion is a private pilot, avid cyclist and sits on the Gen C Board of the Nature Conservancy. Bion is a Kauffman Fellow and member of Class 18. Bion graduated from the University of Virginia with a BA in Economics.

Patrick Vernon2018-01-24T14:31:47-05:002018 Undergraduate Mid-Atlantic, Judge|
Page load link
Manage Cookie Consent
To provide the best experiences, we use technologies like cookies to store and/or access device information. Consenting to these technologies will allow us to process data such as browsing behavior or unique IDs on this site. Not consenting or withdrawing consent, may adversely affect certain features and functions.
Manage options Manage services Manage vendors Read more about these purposes
View preferences
{title} {title} {title}