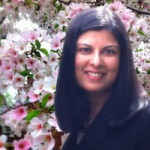 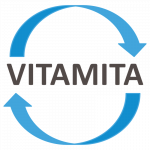 Amita Shukla is an innovator and entrepreneur focused on creating transformative innovations for human health, well-being, and potential. She is the founder and CEO of Vitamita and the author of Enduring Edge: Transforming How We Think, Create and Change. Previously, she spent close to nine years at New Enterprise Associates (NEA), one of the world’s largest and most active venture capital firms, where she evaluated cutting-edge medical innovations, invested in healthcare startups, and worked closely with world-class scientists, physicians, and entrepreneurs. Earlier, she was vice president of AmiKa Corp., a biomedical technology company where she helped develop and market novel research tools—for which she holds 10 issued patents—until its acquisition by Harvard Bioscience. Previously, she founded two startups and was a healthcare analyst at Merrill Lynch. She has written about innovation for publications such as the MIT Technology Review.

Patrick Vernon2018-02-02T15:54:21-05:002018 MBA Mid-Atlantic, Judge|
Page load link
Manage Cookie Consent
To provide the best experiences, we use technologies like cookies to store and/or access device information. Consenting to these technologies will allow us to process data such as browsing behavior or unique IDs on this site. Not consenting or withdrawing consent, may adversely affect certain features and functions.
Manage options Manage services Manage vendors Read more about these purposes
View preferences
{title} {title} {title}